Covid 19 Update: We are available to work with you remotely through teleconferencing or virtual meetings. There is no need to come to the office. Phone: 702-343-0494 or contact us. 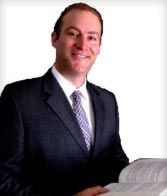 Daniel J. Reed, Esq., grew up in Las Vegas and has been practicing law for over a decade.  He was named a "Top 40 Under 40" Trial Lawyer by the National Trial Lawyers; and also a "Top 40 Under 40 Litigation Lawyer in the State of Nevada" for 2016 by the American Society of Legal Advocates.

Daniel Reed's previous experience includes working as a corporate and insurance defense attorney for about five years representing major corporations such as MGM Resorts International, Inc. Having worked for the insurance companies and corporations allows him to quickly and thoroughly evaluate a case from multiple angles to figure out how to get maximum results for his clients.

Mr. Reed lives and works primarily in Las Vegas, and is a graduate of the William S. Boyd School of Law at UNLV.  He is actively licensed in Nevada, California, and Arizona.  He is also admitted to The United State District Court, District of Nevada, and the United State Court of Appeals for the 9th Circuit.